For the Love of Horses

The EQUUS Foundation is the only national animal welfare in the United States 100% dedicated to protecting America's horses from peril and strengthening the bond between horses and people.

At the core of our mission is safeguarding the comfort and dignity of America's horses throughout their lives and sharing their ability to empower, teach and heal with as many people as possible. We are committed to ensuring that horses involved in any role and in any capacity - as athletes, companions, teachers and healers - are safe, protected, and treated with dignity as partners.

With 84% of the US population living in cities of 50,000 or more, public involvement with horses, especially among young people, is waning, and the expense and time required for competition is unrealistic for most people.

We believe that an updated human-horse model, based on different collaborative relationships between horses and humans, offers boundless opportunities for horses to contribute positively to the cognitive, physical, emotional and social well-being of all people - with and without special needs.

In addition to increasing adoptions of at-risk and transitioning horses and providing a safe haven for aged horses, we are strong proponents of increasing opportunities for all people to engage and partner with horses in new innovative ways to help ensure that horses naturally transition from one chapter to the next without risk of abuse, neglect and slaughter.

With the advent of the internet and social media, unfortunately, it is too easy to be misinformed and misled. It is more important now than ever before that donor dollars are directed to equine charities are fully transparent and operating at the highest standards for horse care.

We focus on our efforts on:

•EMPOWERING equine charities to operate at the highest standards for horse care and
service and be fully transparent by providing financial support, recognition, guidance,
and resources;

•EDUCATING the public on the value of horses in our lives by sharing stories of their
amazing achievements and contributions.

All horses, even champions of the racetrack and the show ring, are only one unlucky step away from abuse, neglect and slaughter.

Thousands of America's horses are transported over the border for slaughter each year. Most were young, healthy, and had untapped potential. None deserved this inhumane end of life.

America's horses need homes where they can flourish as athletes, companions, teachers, and especially healers. 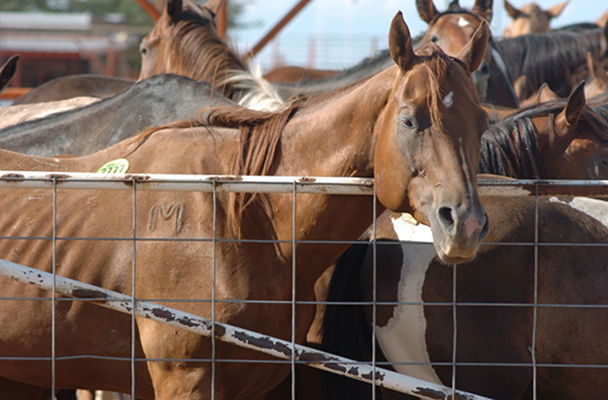 Horses thrill us as athletes, grace our lives as companions, instill confidence and teamwork in equestrians of all ages and perform miracles for people with special needs.

The EQUUS Foundation is committed to raising awareness among horse owners of the many opportunities available for horses after their competitive careers are over. 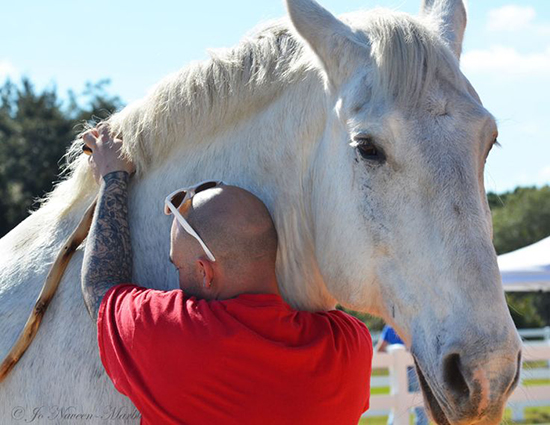 Horses are powerful teachers and healers — positively influencing not just our happiness but also our health.

Too many horses in this country need a life-line and opportunities to thrive.

We envision an America where:

• Horses are valued not only as athletes, but also
as teachers, companions, and healers;

• Horses transition from one chapter to the next without
risk of abuse, neglect and slaughter;

• Horses live in comfort and with dignity throughout their
lives;

• When the times comes, horses experience a peaceful
and humane end of life. 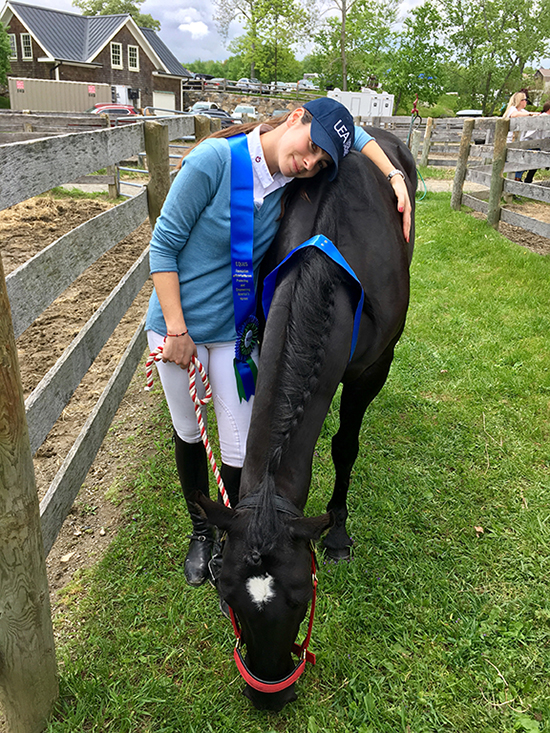 The EQUUS Foundation is governed by a Board of Directors representing a cross-section of the equestrian community, including supporters, participants, and professionals.

BOARD OF DIRECTORS
Back To Top


The Foundation operates without employees but retains outside service providers under the supervision of the Board of Directors.

The Federal Identification Number of the Foundation is 42-1547242 and is classifed by the Internal Revenue Service as a tax-exempt 501(c)3 public charity. Donations are tax-deductible to the full extent of the law.

In accordance with IRS regulations, the Foundation files the IRS Form 990 annually and is audited by the accounting firm of Sabel & Oplinger, CPA, PC.

The U.S. Office of Personnel Management approved Horse Charities of America aka EQUUS Foundation for inclusion in the Combined Federal Campaign as a member of Animal Charities of America since 2009. The Combined Federal Campaign (CFC) is the annual workplace charity fund drive for federal employees, postal workers, and military personnel and is the largest and most successful workplace drive in the country. The CFC allows contributors to make gifts only to pre-approved "authorized" charities.
The EQUUS Foundation was awarded the "Best in America" seal by the Independent Charities of America in 2009. Of the 1,000,000 charities operating in the United States today, it is estimated that fewer than 50,000, or 5 percent, meet or exceed these standards, and, of those, fewer than 2,000 have been awarded this Seal.

When her youngest daughter headed off to college, it also came time for the horses, who were dearly loved by EQUUS Foundation Founder, Lynn Coakley and her family, to transition to their next chapters.

While Coakley was fortunate to be able to provide their horses with a comfortable and safe environment where they could enjoy the remainder of their lives, in the process of exploring the options, she learned that many horses in transition find themselves at risk for abuse and neglect because their owners can no longer care for them.

What was most disturbing to learn is that thousands of horses are shipped over the border for slaughter each year. Between 1980 and 2007, 443,586 horses were slaughtered in the United States. Over 2 million horses have been shipped across our borders for slaughter -- most were young, healthy and had untapped potential. Horse owners bring their horses to local livestock auctions with the expectation that the horse will find a good home – unaware that middlemen who represent or sell to horse slaughter plants — called kill buyers —frequent these auctions.

This eye-opening milestone inspired Coakley to establish the EQUUS Foundation in 2002 to provide financial support to a handful of equine charities in Connecticut and New York. The initial board members were all horse lovers, most with children who benefited from what we believe are the unique abilities of horses to empower, teach and heal.

The first grants were awarded in August 2003 to seven locally based charities from donations raised in association with the 2003 Fairfield County Hunt Club June Benefit Horse Show in Westport, Connecticut.

Over the years, more and more equine charities across the United States approached us for funding. By 2008, we had awarded over $1 million in grants to deserving equine charities.

In 2014, we received an unexpected bequest of $460,000. By then, we had awarded nearly $3 million in grants. The Board of Directors approved the utilization of $430,000 to implement a strategic plan to:
1) build a sustainable cloud-based infrastructure so that we could operate 100% remotely – with the intent to be able to hire and manage staff based anywhere in the US. The fee to the then Equinox Creative Management was increased to cover the one-time costs of building the infrastructure. The Board authorized the allocation of $250,000 crossing over two fiscal years to complete phase one;
2) develop a strong brand strategy, refreshed identity, and new website to position us to achieve our goals and engage a consultant to help us raise national awareness of our mission through marketing, communications, fundraising, events and special projects and to identify key donors capable of gifts of $25,000 or more. The Board authorized the allocation of $180,000 crossing over two fiscal years.

Throughout this period, we maintained the same level of support to equine charities that we had in the past based on the donations received each year. All donations received were and are used to support the existing programs and services. Only the bequest was used for the strategic plan. We announced the completion of the strategic plan including the launch of a new website in a news release, A Brief Look Back . . . A Brief Look Forward, dated January 14, 2019.


What started locally has now become a nationwide effort to keep America's horses safe and to ensure that they have loving homes where they can thrive and have opportunities to share their unique abilities with people.